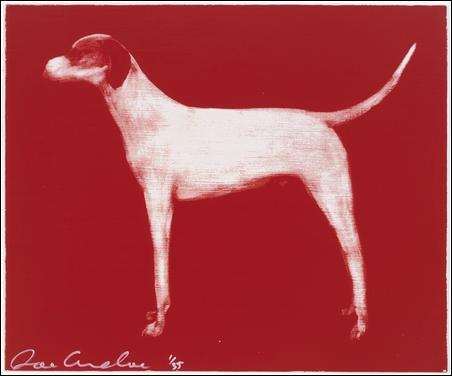 Madelyn Jordon Fine Art is pleased to present a group exhibition entitled "Multiple Views: The Series in Contemporary Art." The exhibition includes works by 10 nationally and regionally recognized contemporary artists including, Joe Andoe, Elliot Barowitz, Ross Bleckner, Christina Bothwell, Susan Davidoff, Stephen Harmon, Frances Murray, Jane Kelly Morais, Denna Sirlin and Donald Sultan. Works in the exhibition span multiple mediums, including painting, photography, printmaking and sculpture.
The exhibition celerates the "series" as a window into the creative process- where variations, possibilities and choices are debated, hedged and eventually made.
The artistic tradition of a "series" functions in the arena of form and content. As a means of exploring techinical problems and solutions, artists such as Joe Andoe, Ross Bleckner and Deanne Sirlin, use printmaking and computer technology to produce series of prints and mixed media works which approximate their paintings on canvas. Jane Kelly Morais combines hand sculpted and wheel thrown clay in her series of figurative ceramic works.
In the area of content, the series provides structure for working through an atistic obsession or idea. Instead of limiting expression, the series is an aid to linear exploration, where multiple metaphors are acted upon and actualized. Thus, Elliot Barowitz contributes a series of collages with a common theme-the artist and his place in art history. In this series, created over a period of several years, the series expanded to over 12 collages, until the artistic impulse became satiated.
The series can be gratifying for the viewers as well, by the nature of its multiple-based format. If one work of art is enjoyable, then two are doubly so, and so on. In this instance, our pleasure is compounded by the variations in each part of the series and the interaction of its parts.
Finally, the series fits the postmodern notion of mixedmessages, multiple interpretations and undefined possibiities, by denying the unified, single objct.
The exhibition will cotinue until July 6, 2004. For further information, please contact Madelyn Jordon at 914-723-8738.